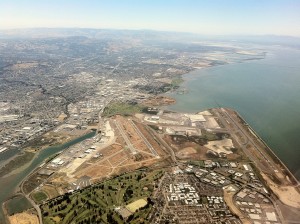 These airports support hundreds of thousands of jobs and contribute billions of dollars to the Bay Area economy in addition to serving as essential transportation links for passenger and freight to the rest of the country and the world. Loss of service at any one of these airports cannot be covered by the remaining airports and would result in major consequences regionally, nationally and internationally.

The ART Program conducted an in-depth evaluation of OAK as part of the ART Alameda County Project and the Oakland/Alameda Resilience Study. The findings, while specific to OAK offer examples of the types of vulnerabilities and issues that other airports will likely face.

SFO led a resilience study funded by the Coastal Conservancy of the San Bruno creek and Colma Creek watersheds including SFO. This study built on lessons learned from ART projects and highlights the vulnerabilities to SFO from storm events and sea level rise.

OAK provides commercial airline and general aviation services, and handles over half of the Bay region’s domestic freight and airmail. The OAK airport facilities evaluated in the ART Alameda County Project included the commercial and general aviation runways, passenger and air cargo facilities, aircraft hangars, a fuel tank farm, a control tower, and a perimeter dike. Roadways and the Bay Area Rapid Transit (BART) facilities serving the airport were also analyzed as they are critical to ensuring passenger and cargo movement, and employee access. The airport is owned and operated by the Port of Oakland, an autonomous department of the City of Oakland and is governed by a Board of Port Commissioners. 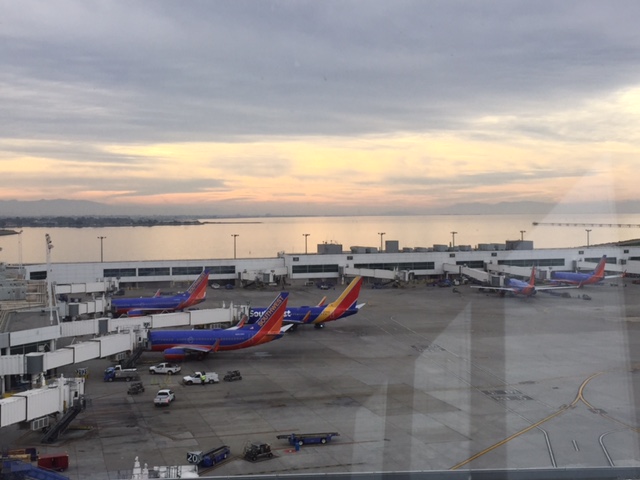 Airport operations are vulnerable to sea level rise and storm event impacts due to the disruption or damage that these may cause for shoreline and transportation assets owned and managed by others. For example, at the Oakland Airport the general aviation runway is at risk from flooding from Doolittle Drive, a state owned roadway that sits between the Bay shoreline and the airport. This flooding, if left unaddressed, could eventually reach the commercial runway. Roads and the BART Oakland Airport Connector that provide access to the airport are vulnerable to storm flooding that is equivalent to today’s 50-year extreme Bay tide level, in particular where this infrastructure is below-grade, south of the airport.

The temporary or permanent disruption of airport operations would have regional economic consequences on jobs and cargo movement, as well as local economic activities that are supported by the proximity of the airport, such as businesses that rely on frequent travel or ready access to cargo shipment and receiving.

Flooding of the commercial runway, even temporarily, would have broad national and international impacts on passenger and goods movement because there is no additional runway capacity in the region to accommodate this loss. 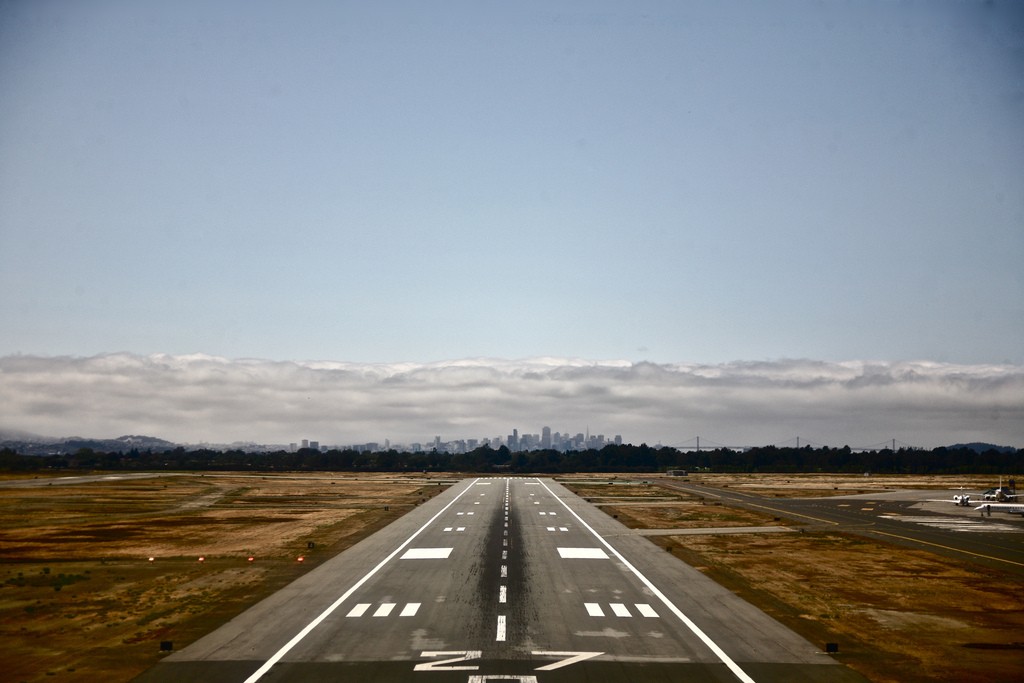 Financing strategies available to the airport are currently inadequate to fund the necessary planning and implementation of adaptation actions, or to quickly make repairs when damage does occur. In addition, the airport does not control or manage much of the surrounding shoreline, or the roads and transit that serve the airport, meaning that responsibility for ensuring the airport remains operational and accessible rests with other entities. It will be critical for the airport to coordinate and collaborate with adjacent landowners, agencies, and organizations to find shared, multi-objective adaptation solutions that can be planned and implemented together.